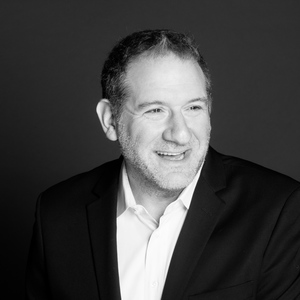 David's been acting and improvising professionally for nearly 30 years and loves working with improvisers of all ages and abilities.

As an actor, he's appeared on the TV shows “The West Wing", "The John Larroquette Show", and "Sesame Street" among others, and continues to appear in numerous national commercials.

David began his improv studies at The Groundlings in Los Angeles, where he graduated through their entire school. Afterwords, he trained for a decade with Groundlings alum Stan Wells at his "Empty Stage Theatre”. He followed that with two years in the improv master class of Bill Steinkellner, executive producer of “Cheers” and “Just Shoot Me”.

As an improviser in Portland, David's played on the house teams at The Brody Theater and at Curious Comedy and appeared as a performer in shows at The Funshouse Lounge and Deep End Theater. As a teacher, David's taught at The Brody Theater, Curious Comedy and ComedySportz. He also teaches at his own studio in SW Portland. He continues to act professionally on stage and TV.

In a non-performance capacity, David teaches improv as a lifeskill to middle-schoolers, high-schoolers, and college students. He also works with corporate clients in the Pacific Northwest and beyond, bringing his integrated style of training to non-performers of all ages and professions.

Since 2001, he's been the artistic director of Fake Radio, a partially improvised old-time-radio show that plays in both Stumptown and Los Angeles.

To learn more about David, please visit his website at: DavidKoff.com