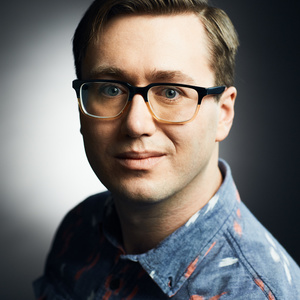 Luke Zwanziger began improvising in 2004 with Hanover College’s Evil Petting Zoo. He has studied under improvisers from across the country including Curious Comedy, UCBLA, HUGE, and Magnet Theater (NYC). Former teams include Timid Destroyer and Sisters (A Curious Comedy House Team).

He has performed all over the USA and internationally. He is the director of video production at Curious Comedy Theater.

He regularly preforms in the PDX All Stars Ensemble, Filbert (Curious Comedy) and Step/Sisters (PDX Indie Team), with whom he produces the Wildcard showcase where independent long form teams get challenges for their set, which can include entire format changes.

He has preformed and taught in various improv festivals around the world including:

He has experience and passion for Harold, JTS Brown, and Deconstruction, but has performed and studied a variety of formats and is happy to coach your team to their strengths.